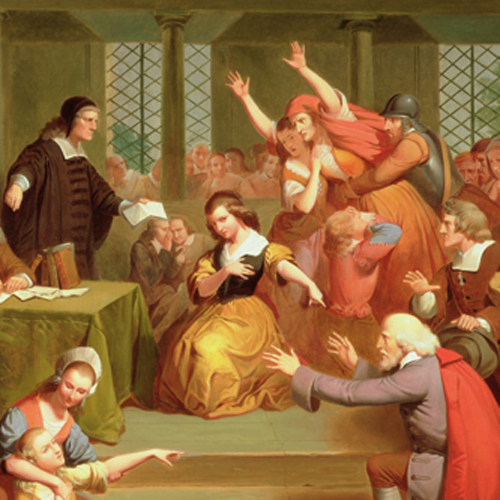 By far, Salem’s most famous historical event is the Salem Witch Trials of 1692.

The origin of the Witchcraft Delusion is found in the belief in witchcraft that was universally held by the people of that time. A witch or wizard was a person who was regarded as having made a formal compact with the devil, and given supernatural powers of a diabolical nature.

The Salem Witch Trails Walking Tour Explores Sites Associated with this event including: